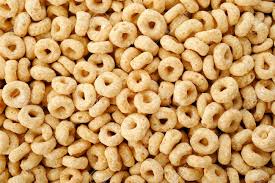 “Let’s get this straight, right now; I hate to read.”

So, when, on the first day of summer break, I was sitting at the kitchen table enjoying my second helping of Crackly O’s, I love these things, my mom came over and set a huge, dusty, old book down in front of me. She folded her arms, locked her eyes on mine, and said, “It’s time.”

As soon as I heard those dreadful words, it was like everything froze; a drop of milk from my overloaded spoon ceased its downward drop, dust particles, visible in a streak of sunlight, ceased their floating and spinning, the hallway clock ticked but did not tock.

Somehow, my eyes seemed to be unaffected by the sudden stoppage of time. They freely moved from the book, to my mom, back to the book, then back to my mom. It was as if they were stuck in some sort of loop as my brain searched wildly for an excuse to get me out of having to do the unthinkable; read.

“I know that look on your face, young lady! Don’t try and give me one of your wild excuses! You’ve put it off long enough. It’s time you did what every other family member your age has done.”

“But mom!” The word “mom” came out consisting of two syllables instead of one, sounding more like mah-um!

My right arm dropped, hitting the table with an audible thump. The spoon hit the edge of the bowl sending milk and Crackly O’s flying. My shoulders slumped, “Ohh-uh!”

“Stop being so dramatic for goodness sake, it’s not going to kill you to read it!”

“But it’s summer! I wanted to sleep in aaand swim aaand ride!! I was going to start jumping Shadow! How can I do all that if I have to read that stupid book?”

“That stupid book (she pointed at it) is the most important book this family owns! It’s the story of who we are and how we got here! It’s about you and this family! You’re going to read it, all of it and enjoy it!”

Suddenly, something clicked and it came to me; I grasped my stomach and slid to the floor.

“Oh, for goodness sake child! You know what…? What’s it going to be, this time!”

“Really? A made-up disease, that’s the best you can do?”

I moaned, pitifully, “Ohhhh!” and could only whisper my response, “It’s an ancient curse. One bite from a Spotted Scarab is enough to inflict terrible pain and prevent the stricken from understanding the written word, any written word! I probably got it when my class went on that field to the pyramids!”

She put her hands on her hips, “Oh, I see… Ya know, this all sounds surprisingly specific and very timely.  And, I hate to remind you, that was a virtual field trip your class went on” She started to clear the table, stepping over my limp body to reach the empty box of Cracklee O’s. “And even though virtual reality has come a long way, I doubt exposing students to a deadly anti-reading curse is part of any recent VR break through.”

Seeing the flaw in my plan, I scrunched my eyes shut and threw in a couple of complete body spasms, my feet pushed against the chair, adding a nice effect.

“Don’t scratch the floor please honey and while you’re down there can you get that piece of cereal?”

What! A Cracklee O? Where? Opening my eyes long enough to locate it, I quickly threw out my arm and grabbed it like a deadly Panther chameleon firing its tongue toward its unsuspecting prey! I brought it close to my face, inspected it for dog hair, blew on it just in case, then popped it into to my mouth. Man, I love these things!

I lifted my head enough to see my mom loading stuff into the dishwasher. She was shaking her head back and forth and saying something. All I could make out was, “You should seriously think about auditioning for a part in the next school play” and, “Can you please go upstairs and get changed?”

I sighed, sensing that my mom was perhaps, not entirely on board with it all. I rolled out from under the table and slowly pushed myself up. I stumbled my way to the staircase and dragged myself up to my bedroom.

Certain my mother couldn’t see me anymore; I ran the rest of the way and threw myself onto my bed. I rolled over onto my back and stared up at the poster of Avita, Grand Battle Master of Darkness! pinned to the ceiling.

I bet she wouldn’t have given up so easily! She would’ve grabbed her triple-edged battle sword and with one swing, cut the legs off the table making huge scratches on the floor! Then she would’ve thrown herself, headfirst, through the back door, done a neatly executed tuck-and-roll and then escaped to the safety of her hidden lair, completely ignoring her mother’s demands.

I laid there for a little while longer when, suddenly, I heard the sounds of Shadow galloping in his field. I ran to the open window, pushed up the screen and stuck my head out. I watched as he reared up and let out a loud whinny.

“Shadow! Up here, boy!” I yelled down to him. He pranced in circles at the sound of my voice. “I’ll be right there!”

I ran to a pile of clothes by the bed, gave them a quick sniff, changed, then ran down the stairs and into the kitchen.

“Don’t forget the book!” yelled my mother as I sped past her, “And where are you off to in such a big hurry?”

I slid to a stop, grabbed the book. “To the barn, to read, of course!” I ran to the sliding glass door, threw it open and sprang out into the back yard.

“Thank you! I love you!” she yelled to me as she stood at the door.

As I ran down the hill to the barn, without turning back, I threw my hand up, waved and yelled, “You’re welcome!”

When I reached Shadow’s paddock, I rested the book on top of a fence post and climbed up onto the first board. He made his way over to me and pushed his head against my shoulder. I rubbed the side of his head, “Who’s a good boy? You’re a good boy!” I rubbed his favorite spot between his ears, and he closed his eyes in response. Suddenly he pulled away and ran around in tight circles. It was his way of saying that he wanted me to jump on his back and go for a ride.

I was about to throw myself over the top board when I caught site of the book resting on the post. “Darn.” Looking at Shadow running around the field made me think of how he got here and what the people that brought him had to go through to do it. If it wasn’t for them, who knows where he would be and how he would be treated. He trotted back over to me.

I reached out and stroked his head, “Sorry bud, maybe later. Right now, I have something else I’ve got to do.” I grabbed the book and jumped down. Shadow whinnied in slight protest then ran back out into the field.

I walked into the barn and headed to the tack room at the other end. I pushed open the door and made my way past recently cleaned saddles and bridles that hung from the walls. The smell of leather and saddle soap filled my lungs as I settled into an old wooden chair which creaked as I sat in it. I pulled myself up to a small wooden desk, flicked away a Stink bug and placed the book down in front of me. Feeling a little guilty, especially after what I had just thought about Shadow, I had one last trick that I thought might save the day. I undid the leather strap that bound the book and flipped to the family tree at the back. They were all there, all my relatives. Each one connected in various ways amongst the branches of the double paged ink drawing of a huge Banyan tree.

I took out my phone and plugged it into a slot in the binder of the book. I opened the phone and did a quick swipe to get to the book app that I had downloaded earlier. I double tapped it and waited for it to open. The words: Connected to the following devices appeared. I selected the Carson Family History tab and waited for the next screen. What I hoped to do was skip reading the whole book and instead, jump to the part where I had to add my name in the space connecting me to my mother, father and sister. If this worked…

The page opened, I moved the curser to the correct spot, and, holding my breath, typed a capital C… nothing happened. I tried it again, still nothing. “Hmm, maybe it’s a sign.”

Honestly, I was kinda relieved that it hadn’t worked. I unplugged the cord and pushed the phone away, refolded the tree pages and closed the book. I looked at the front cover, closer than I ever had before. I ran my fingers over the soft brown leather and noticed, for the first time, stains that marked its corners and edges; evidence of all the people before me who had done the same exact thing. My people, my family.  I pulled the leather strap aside and opened to the first page. It read;

This is the story of Qbit and the Keepers of the Blue Planet.