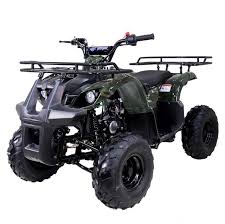 Yuki kept her glasses off so that the three of them could talk as they got the cabin ready for their departure.  Kit assigned himself to a supervisory position and let them handle the actual work. Yuki and Oya put a couple of pieces of firewood into the stove, straightened up the small bed and shoved the chairs under the table. There wasn’t much else to do. Yuki couldn’t decide whether to keep her glasses off or put them back on for the trip. She finally decided to put them on because she didn’t have a safe place to store them. This meant that any further conversations with Kit would have to wait till they got to her mom’s place.

Satisfied there was nothing left to do, they all headed outside to the four-wheeler. Oya pulled the door shut behind her then put her gloves on.

“Don’t you have to lock it?” asked Yuki.

“No, we keep it open in case anybody needs a place to rest or get out of the weather. There’s nothing of value in there anyway.”

Yuki thought back to the moon base. They locked all the outside doors; not to keep people out but to keep the atmosphere in!

Oya pointed to the front of the four-wheeler, “Put your stuff in here (she pulled a helmet, a pair of goggles and gloves out of a plastic box strapped to the front of the quad) and put these on. Your mom’s a stickler for safety and I wouldn’t want to be on her bad side if something happened to you and it was my fault.”

Yuki slid the helmet on and fit the goggles over her glasses. She was surprised to see Oya leave her helmet in the basket. As she tightened the helmet’s strap, she asked her, “What about you?”

“I outrank my daughter and at a hundred years old, I have the luxury of doing whatever I want. Get on.”

Yuki placed her right shoe on the foot peg and threw her left over the seat and onto the peg on the opposite side. She slid to the back of the seat.

Oya climbed on, somewhat less conventionally. She sat sideways on the seat then lifted her right leg with her hand and pulled her leg over the handlebars. There was some audible grunting that went along with the maneuver.

“Don’t say anything, child. I (errrrg) got it.” Oya wiggled herself into a comfortable spot on the seat then straigtened her goggles, which had gotten knocked slightly out of whack. “Your mom said you should drive but, like I said, I outrank her. She moved a lever by her left hand to the forward position then positioned her right thumb on the throttle.

Oya pointed forward with her left hand and yelled, “Onward!”.

Yuki quickly threw her hands around her grandmother’s waist just as she jammed the throttle to its stop.  Instead of traveling forward, the front wheels jumped off the ground like a bucking bronco, throwing both of them off the back. Yuki hit the ground with a thud, her hands still wrapped around Oya’s waist.

Luckily, the four-wheeler stopped where it was and didn’t go off on its own.

They laid there for a few seconds then Oya turned to Yuki and said, “Maybe you should drive.”

Kit sat staring at them, shaking his head back and forth as he rolled his eyes. “Humans.”

Yuki gently rolled Oya off her then helped her to her feet. This time, Oya let Yuki help her climb back onto the seat. Yuki positioned herself on the front of the seat, grabbed the other helmet, turned and handed it to her, “Maybe you should put this on.”

Oya was about to object but Yuki gave her a stern look. She took the helmet and said, sheepishly, “Yes, Ma’am.”

Yuki’s wasn’t really sure how to drive this four-wheeler, but she thought it looked a lot like the type they have on the moon. She activated her glasses with a blink of her eye. A choice of files suddenly appeared, she chose the Vehicle file, then Vehicle Type. She moved her head back and forth so the camera, mounted in the glasses, could scan the four-wheeler. After a quick second, Unknown popped up.

She chose Back then Available Vehicles.

A schematic of the vehicle come up in her right lens. Sure, enough the bikes are almost identical. They’re both electric with the same controls. The moon-based vehicle differs in that it’s built for far less gravity.

Oya, growing impatient, asked, “Is there a problem? We don’t have all day.”

“No, no problems.” Yuki pointed forward with her left arm and shouted, “Onward!” She gently pushed the accelerator forward, they pulled away, smoothly.

Kit ran off ahead of them.

Kit quickened his pace as Yuki fell in behind him.

Note: This will be the last post about Yuki for a little while. I have some stuff I’m working on about Skyler and Qbit that I would like to put up as soon as it’s ready. Also, there’s a new, new Chapter 1 that will be forthcoming.

But don’t worry Yuki fans, I’ll continue her story in a little while. As a teaser, I can tell you she gets to see, first hand, the Giant White Beast!