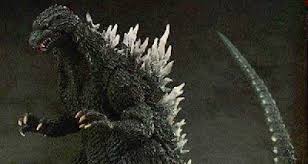 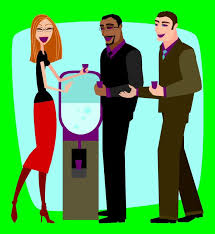 Did you hear what happened last chapter???

Qbit went looking for the Professor in her lab only to find that she isn’t there. Looking around at the mess he thought back to another time in another lab. This chapter, he is still in the flashback thinking about their first visit to The Company.

Back to the story….

The trip to The Company included a two-hour flight on a light transport and an underground tram ride. There was no one there to greet them as they exited the plane. Instead, they had been directed to the tram by a series of blinking arrows embedded in the floor. When they reached it, the doors slid open revealing an empty car. They took their seats. Qbit turned to the professor and said, “I was expecting something a little different”

“Yeah, it is a little weird.  Maybe they’re shy”

Qbit gave her a “yeah, right” look, then folded his arms in front of him and sighed. They both sat quietly. After a few minutes of nothing but the hum of the tram, the Professor turned to Qbit and said, “I meant to tell you how nice you look in your white outfit.”

“Why thank you Professor” he replied looking down at his white Nehru shirt. He casually picked a small piece of lint off his neatly pressed white pants and re-tightened the white lace on his white shoes. “It’s something I just threw together. And I must say that you look resplendent in your blue pants suit.”

They both sighed and sat facing the front of the tram. The tram moved quietly along with hardly any rocking or bumping. The Professor’s eyes started to get heavy as she listened to the hypnotic hum of the tram. She felt herself yanking her head up a couple of times as she began to doze off. After another couple of minutes, she gave in to her tiredness and leaned her head against Q’s shoulder.

A loud snorting noise startled the professor. She pulled her head up off Qbit’s shoulder and said, “That couldn’t have been me, right?”

“I pity the man who will be your husband. Also, expect a bill from my cleaners. I’m hoping they’ll be able to get the drool stains out of my jacket.”

Wiping her mouth with the back of her hand she said, “That’s what you get for wearing white.”

She patted his shoulder as she stood and stretched her arms over her head then rubbed her right butt check. “I’ll be glad when we can finally start moving around. Parts of me are starting to fall asleep.” She put her hands on her hips and twisted to the right and then to the left. It was then that she noticed a single pamphlet in a slot next to the door. “Hmm, didn’t see that before.”

“There’s a pamphlet over by the door.” She went over and pulled it out of the slot. It was a single sheet with writing and pictures on both sides. She gave it a couple of quick flips. “Kind of odd that there’s only one.” She looked back over to the door to see if she had missed seeing any others. “Perhaps a lot of people use this tram, so all the other pamphlets are gone.”

Qbit put his hands out, palms up, and quickly looked right and left. “Um, hello, what other people?

Ignoring him she sat back down in her seat to give it a closer look. There was a nice picture of one of her beasts on one side and a few pictures of animals in their open enclosures on the other. “Not too bad.” She said to herself. She was about to start reading it when she felt the tram slow. Anxious to get off, she folded the pamphlet into quarters and stuffed it into her right front pants pocket and said, “Yes! I hope this is our stop!”

The tram slowed even more then came to a gentle stop. They both got to their feet and made their way over to the doors, the professor going first.

“Nothing against you Professor, but I sure hope there are more people here”, said Qbit as she moved passed him.

“Actually, I can’t wait to see the animals.”

They stood there for second waiting. The doors silently slid open. “Whoa!” cried the Professor as she threw her hands up to protect her eyes from the blinding light.

After spending so much time in a tram with no windows, the brightness of the sun had caught her off guard.  When she could finally re-open her eyes she found herself staring into the smiling face of the first person they had seen since boarding the transport.

“Good afternoon Professor and you, too, Mr. Qbit” said a smiling man. He extended his gloved hand and shook both of theirs in turn. “I trust you had a pleasant journey.” To Qbit, it sounded more like he was making a statement rather than asking a question. The Professor opened her mouth to say something in reply, but the smiling man didn’t give her a chance. He turned back around toward the station house ramp and said, “Walk this way, please.” He led them down the concrete walkway and out onto a concrete path that took them past a row of large, windowless white buildings. The professor couldn’t help but notice that the smiling man was dressed in an all-white jump suit, white boots, white gloves and even a white, plastic looking, helmet. She was instantly reminded of an old classic sci-fi movie that was available on the “oldies but goodies” scyfy station on her computer. If she remembered correctly the movie was about a giant dinosaur-like animal that had been genetically altered by radiation. The irony of the moment was not lost on her.

She turned towards Qbit and whispered, “I see they get their clothes from the same place you do.”

“That’s a good one, Professor” replied Qbit with a straight face.

The Professor smiled and continued to follow their escort. As she looked around she was astonished to see that this place was nothing like she had imagined. Instead of finding a small facility with almost a zoo-like feel to it, the installation looked to be massive. Every now and then she would catch a glimpse of a fenced enclosure behind buildings.

It was as if Qbit had been reading her mind, he said, “You know, I haven’t seen any animals in those enclosures.”

“No, neither have I. Strange, you’d think there would be plenty to see. Also, there’s no trees or even grass, everything seems to be concrete.   It’s also darn quiet for a zoo. I don’t hear any birds singing, barking dogs, or even a snort from a wild giant lemming. I haven’t even seen an insect. I mean, you know how many insects are always buzzing around a wild lemming’s nasty, germ filled mouth? There should at least be some flies around.”

“Exactly. However, I did see three squirrels running along the top of a building when we left the tram station. That’s it, though.”

“I must have missed them,” said the professor, seemingly lost in thought. “Strange.”

The smiling man led them up to the door of one of the largest buildings they had seen so far. He stopped at the front door and opened it for them.

“This way, please.” he said, letting them go through first. They found themselves inside a large, empty, round room.

“Please have a seat.” He motioned towards two white plastic seats sitting in the middle of the floor. As they sat the man turned and walked over to another set of doors. They opened with a slight whooshing sound just as he neared. Without so much as a wave goodbye, he went through the doorway. The doors made their whoosh sound again as they closed behind him.

The professor and Qbit looked at each other in a combination of amusement and concern.

“I guess we’ll wait here then” said the professor.

“I don’t know if we have much of a choice” replied Qbit with a slight smile.

They waited in silence for what seemed like an eternity.

To break the monotony, the professor quickly turned her head back and forth as if she were looking for something. “Qbit, where are you! Where did you go? Qbiiit! She looked all around pretending not to notice him sitting there. Then she looked right at him and said, “Oh, there you are. I didn’t see you with that white outfit sitting in the white chair against the white wall.”

Qbit just shook his head, “You’re on a roll today, professor. Perhaps you missed your calling.”

“C’mon Q. Just having a bit of fun.” She looked around again, this time for a bathroom. “I gotta pee.”

“Good luck with that. I don’t see any ladies room in here. Perhaps there is a tree outside that will suit your needs.”

The Professor punched him in the arm. “There’s my Q!”

Just as he was about to respond the doors, made their whooshing sound. They opened to reveal the smiling man. He motioned to them to follow him and said, “Please walk this way.”

Not missing a beat, the Professor said, “If I could walk that way….”

Before she could finish, Qbit said, “Give it a rest Professor, please.”  When she walked past him towards the door, he could see that she was wearing a smile that came close to out doing the smiling man’s.